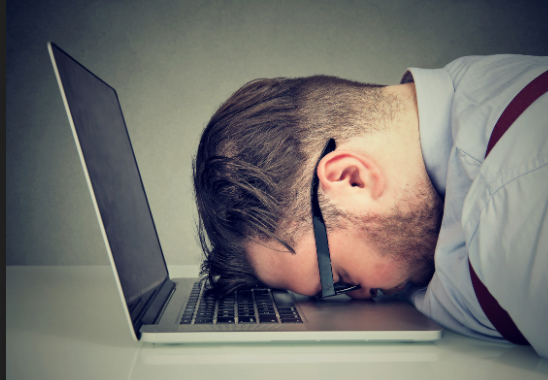 Electrical Estimating- How Did We get Here?

The days of pen and paper with lots of luck thrown in.

Thirty years ago electrical contractors had no choice but to run their businesses the old-fashioned way by using pen and paper, writing down endless list of material and using their calculator

s to extend pricing and man hours. I still have nightmares of extending pages and pages of numbers hopping I didn’t make a mistake. We relied heavily on historical data to check our prices against, along with all sorts of rules of thumb. We sometimes let out gut feelings control the final price. These techniques worked largely in part to having much better drawings to work with than we do today. Lots of time was spent consulting each trade to make sure that it all worked together. Basically when the plans were released they were written in stone. We also had plenty of time to prepare the price and competition was not nearly as competitive. It is very common today to bid a 90% complete set of plans and have 7 or 8 addendums come out changing things just as you think you are almost complete. The days of having coordination meetings prior to releasing the bid set is basically over. There is always a rush. There is a rush to get the plans out to bid, there is a rush to bid the project, and there is a rush to build the project. The old ways of estimating with pen and paper will no longer work today to keep up with the grueling pace. You must bid more work in less time than ever, with more competition than ever and often with less profit than ever.

Everyone was wishing for a better way to estimate.

I am not saying that there were not extremely talented electrical estimators that could produce detailed estimates but I am saying we were all looking and praying for a better way. Doing estimates this way took its toll on us all.

As the early computer started to show up along with programs like Excel some of us came to rely heavily on spreadsheets. By using the basic formulas within the spreadsheets we learned how to at least simplify the math process. This was basically the first step into the future. I remember having a computer on my desk years before I would actually learn how to use it. It had a program called Word Perfect and that was all that was on it. No one in the office could use it but it sure looked cool sitting on my desk.

As the formulas became more complex, some of us took it several steps father and created databases to pull the information from. By using NECA Man-Hours and pricing from the local supply house we managed to improve on the old pen and paper methods. By using Visual Basic coding and VLOOKUP formulas inside excel you could actually do amazing things compared to writing down page after page of  material then adding cost and Man-Hours manually, then eventually extending each endless  list, then praying you didn’t make a mistake. While most people I knew were still working with pen and paper I spent equal time learning software. I felt that in some way software was the future of electrical estimating. I was just like everyone else that starts anything new. I didn’t think I had time and it wasn’t easy. It seemed to take much longer and I created excuse after excuse not to learn. I speak to people every day that are still in that same place using the same excuses. You will fail or succeed in business based on your ability to estimate. You can no longer survive using methods that we used 30 years ago. If anyone listened to anything I have to offer it would be to:

Necessity is the Mother of Invention

As a result of the need to improve, commercial electrical estimating, software started to be created.  Software was created to overcome the errors Excel Spread Sheets could create when a formula was erased or because corrupt. The new estimating software used hard-coded formulas and stable data structures. Other benefits include predictable and professional looking reports, speed, accuracy, and overall process standardization. Changes and break outs were now easy to obtain even if affording the software wasn’t. To my knowledge Jack McCormick introduced the 1st electrical estimating software or at least that I have heard of in or around 1982. Knowing about it and affording it was two different things. Once I saw my first electrical estimating software I knew this was the future of electrical estimating. At this time in my world computers were still not on every office and on every desk. While the personal computer was yet to become mainstream contractors small and large were still flying by the seat of their pants but I could see the future.

A change is coming.

We could feel a change was coming but most of us still had to manually estimate projects, made purchases, and try to keep the right people on the right job. We used everything from charts cluttered with magnetic pins to pencil-smeared logbooks filled with paper-clipped reminders. Doing everything manually wasted time, made mistakes and we got home late for dinner every night. Well some things have not changed. We still may be working late hours but the trade has become more and more demanding.

Does this scenario still ring true for your business today? Then maybe it’s time you took a close look at purchasing and learning electrical estimating software. At Best Bid we can teach you how to estimate or estimate better. We can show you a better way. We feel the best way. Let us change your life. The Best Bid Hybrid Pro is the best choice for your company.

The proliferation of personal computers today has forever changed the way electrical contracting is done. The day of estimate the approximate cost, double the results for profit and overhead, and then bid, is over. These techniques no longer work.

Today, electrical contractors that want to keep tabs on every piece of material they purchase and install turn to sophisticated estimating software that offers a detailed description, pricing information, and man-hours on every electrical product that needed to complete the project. Today’s contractors use computer software to perform diverse tasks such as, estimating, project management, computer-aided design (CAD) such as Accura Cadd PDF Draw, and many other tasks.

More than 75% of electrical contractors now work with computerized estimating, according to data supplied by National Electrical Contracting Association (NECA). Without a doubt, Electrical Estimating Software like the Best Bid Hybrid Pro is the most popular and important tool in the contractor’s software belt.

Electrical Estimating Software -Can you survive without it?

As cost estimating programs became more and more popular over the years, more advanced features were added and other software titles were born.

Today Best Bid offers On-Screen Takeoff abilities inside the same software. Features like a shareable database, and 1 step back ups are just to name a few.

Sophisticated, cost estimating and Efficient Project Delivery Software systems are also becoming available. Being able to track your projects became much easier along with sharing information to your Project Managers.

These systems enable electrical estimators and project managers to collaborate in ways that were more efficient that in the past.

Today we have programs like PROCORE that let’s everyone on the project see a complete list of drawings, communications, changes, and schedules.

Don’t Tell Me -Another Addendum 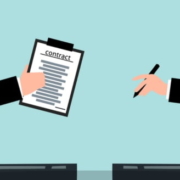 All my issues will go away right?